Melco Audio has launched its new range-topping digital music library, the N10/2. Billed as the best-performing Melco music library in the company’s history, new two-box flagship comes as the N10/2-H50 HDD version priced at £6,999 or in N10/2-S38 SSD guise at £8,999.

The HDD variant offers 5TB of storage and is a direct replacement for the original N10, while the SSD packs 3.84TB to replace the N1Z/2EX SSD flagship. 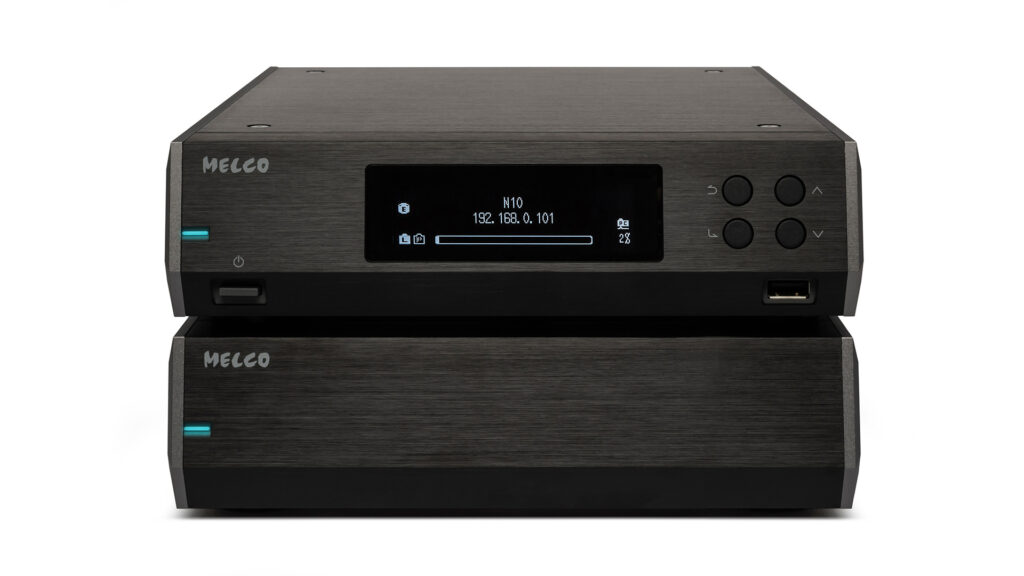 The N10/2 also benefits from a new high-performance PCB, first seen in the limited-edition N10 45th Anniversary Limited Edition. The package’s half-width (215 mm) cases are separated out with the signal-processing electronics in one unit and the power supply in the other.

Connections include twin Ethernet and USB 2.0 ports plus a front-panel USB port

In addition to Melco’s software architecture, the N10/2 benefits from the company’s Intelligent Music Library suite of MinimServer and SongKong software. The device is also Roon Ready, DSD compatible and offers app control via DLNA/UPnP (in USB DAC mode) with support for TIDAL, Qobuz and vTuner streaming with the Melco Music HD app plus Qobuz Downloader.

The N10/2 can also be used as a self-contained local hires digital music player via a USB DAC, with data rates up to 32-bit/384kHz plus Octo and Melco markerless DSD.

Find out more at melco-audio.com.

Get all our Melco news and reviews