Mission has upgraded its mid-level QX MkII loudspeaker series, firmly pitching it at those looking to step up from entry-level speakers. 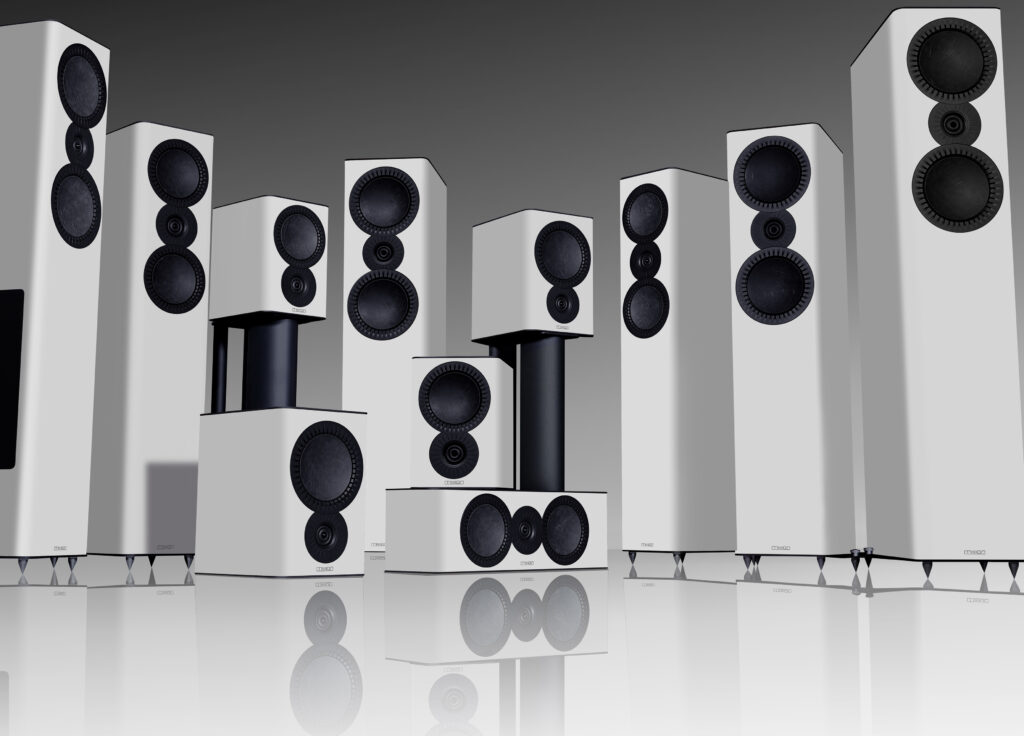 While outwardly these new MkII models look similar to the original QX Series, the external changes include a tactile matt black and matt white finish alongside a walnut veneer option. The aluminium plates clamped to the top and bottom of the cabinets that add mass and rigidity are also redesigned.

Each speaker employs Mission’s QX MkII Ring Dome treble unit whereby the
centre of its textile dome is fixed, with the voice coil attached partway down the dome to drive it more evenly and accurately, resulting in lower distortion says Mission. 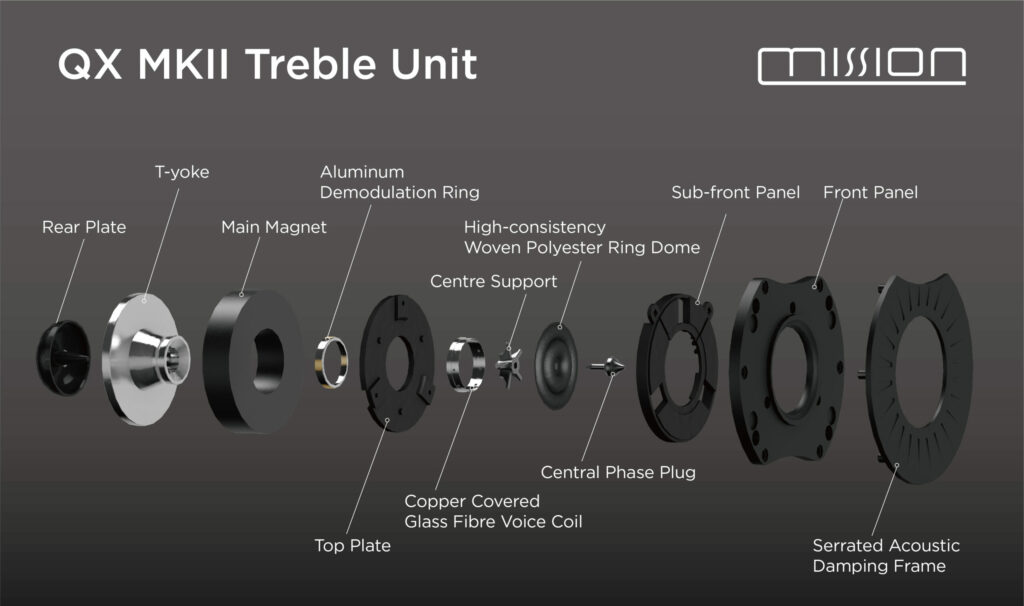 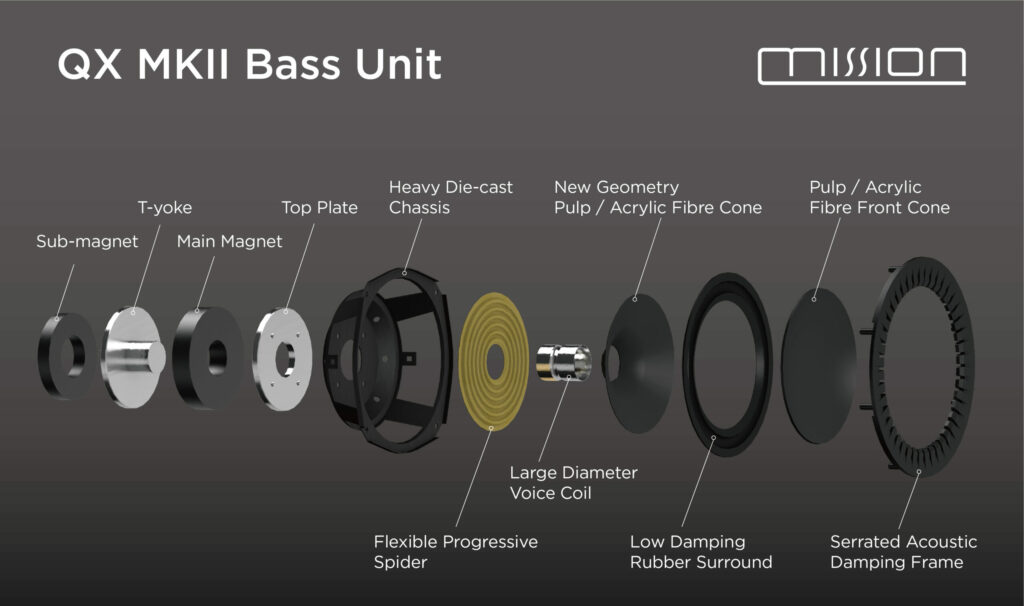 The QX fibre-composite diaphragm has also been re-engineered for the MkII range, now incorporating long acrylic fibres for improved stiffness and damping. It’s also now vented to remove trapped air behind the diaphragm.

Get all our Mission news and reviews