Our picks of The BBC Proms

The Proms or BBC Proms, is an annual summer season of daily concerts held each year, mostly at London’s Royal Albert Hall.

Founded in 1895 and now organised and broadcast by the BBC, as well as concerts in the Royal Albert Hall there’s now chamber music concerts at Cadogan Hall and additional Proms in the Park events across the UK, culminating in the famous Last Night of the Proms.

Prom is actually short for promenade concert and ‘promming’ refers to the standing areas inside the hall (the Arena and Gallery) where tickets are bought on the door only, costing mush less than booked seating. It’s what makes the Proms so informal, and is part of its success.

The Proms are back!

Over six weeks instead of eight, and with fewer visiting orchestras and musicians than usual, but with a range of music and talent on display that is no less impressive because of it.

Every concert is broadcast live on BBC Radio 3, and several are being televised either live or shortly after on BBC2 and BBC4.

The Proms has a tradition for showcasing both new music from the ‘Western classical tradition’, what Sir Henry Wood called ‘novelties’, and sounds not normally associated with the concert hall, with artists and programmes drawn from Folk, Pop, Jazz and World genres.

This year is no exception, so here’s our picks of what to enjoy. 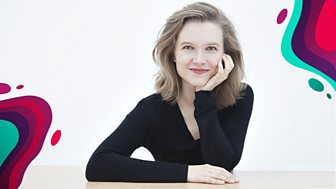 Ruth Gipps: Symphony No. 2 in B major

Here’s an interesting programme. The world’s highest-profile female conductor at the helm of an orchestra, renown for pushing the envelope, presenting a programme featuring an intriguing mix of the neglected, the challenging and the safe.

Ruth Gipps’ Second Symphony reflects on the anxiety, despair and eventual resolution of the Second World War. It’s a very approachable work, distilling the styles of her contemporaries, Holst, Rawsthorne and Walton, as well as her teacher, Vaughan Williams. A piece well worth getting to know.

Thomas Adès presents yet another new piece for the Proms audience, a Symphony of music taken from his 2016 opera The Exterminating Angel. The original inspiration was the surrealist Louis Buñuel movie from 1962. Adès revels in dark subject matter, and this should prove an atmospheric and rewarding listen.

Brahms’ Third may contain one of the most recognisable and beautiful slow movements of all of his symphonies, but for some reason it hasn’t been played at The Proms nearly as often as the other three. This is a glowingly romantic work, offering welcome relief from the darkness preceding it in this programme. Definitely one to sit back and let wash over you. 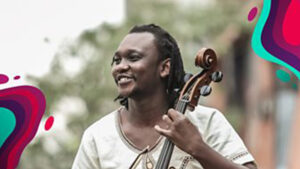 The Proms has always had a strong remit to innovate with its programming. Here is a great example, with South African cellist Abel Selaocoe bringing together a diverse range of music from his home country juxtaposed with music from the late Baroque in the shape of Jean-Phillipe Rameau.

According to the BBC Proms guide, we are promised a fusion of sounds “blending traditional playing styles with improvisation, singing and body percussion”.

Fronting his own small group Chesaba and supported by the BBC National Orchestra of Wales under the baton of Clark Rundell, this should be an evening of delights and surprises where cultural boundaries are well and truly crossed. 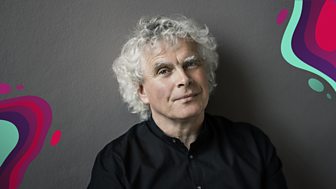 This is another programme featuring three symphonies, this time from the same composer. But being Stravinsky, this is no conventional symphonic cycle.

Simon Rattle has always had a special affinity with music of the early 20th century, and to hear him steer the LSO through three of Stravinsky’s most original scores promises to be a real treat.

As hinted above, there is little common narrative in these pieces, they vary in style from the tightly-wrought chamber sonorities of the Symphonies of Wind Instruments, to the lightly-nuanced neo-classical Symphony in C, and the more dramatic, chromatic and pulsating Symphony in Three Movements.

There is drama and contrast a-plenty in this programme, and Rattle is in his element with this music and this is definitely one of the highlights of the season for me. 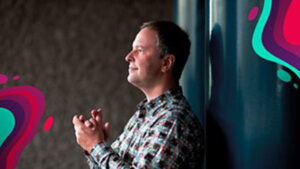 Charlotte Bray: Where Icebergs Dance Away

This concert features two major works which deserve more widespread acceptance. The Walton Viola Concerto was first performed in 1929 with fellow composer Paul Hindemith as soloist, having been turned down by its intended soloist, Lionel Tertis, a decision the violist later regretted. It’s a compelling score, perfectly drawing out the mellow sonorities of the solo instrument, and giving the soloist opportunities to demonstrate his or her virtuosity. Timothy Ridout, 2016 winner of the Lionel Tertis Competition, should rise to the challenge well.

Arnold’s 5th Symphony is a work of considerable depth, with some typical passages of wit and flourish, yet it is a rare visitor to the Proms. In fact, according to the online Proms Archive, this is the first time it’s been performed since its composition in 1961. Frankly, I find that difficult to believe (and welcome any evidence to the contrary!).

With two shorter works having their first airing at the Proms, Where Icebergs Dance Away by the young Charlotte Bray, and Le Cabaret by the neglected and underrated John Foulds, this promises to be a programme with much variety and discovery. 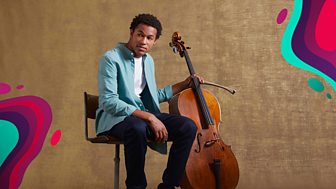 Again, we are presented with a brand-new work, The Imagined Forest, this time from the young British composer, Grace-Evangeline Mason. This will be a new discovery for me, so let’s just open our ears and listen.

It’s five years now since Sheku Kanneh-Mason won the BBC Young Musician of the year award aged just 16. Back then he chose my personal favourite concerto for any instrument, the Shostakovich First. In this programme, he plays the sumptuous Dvorak which should suit his warm and rich tone.

Richard Strauss’ Don Juan depicts the eponymous philanderer in riotous musical colour, with the composer at his most ebullient, and should be a lively addition to the concert.

Finally, the candidate for the most inappropriate name for a piece of music, the Symphonic Metamorphosis of Themes by Carl Maria von Weber sounds like a dry, academic musical exercise, but is actually a lively, joyous romp through some of Weber’s most inventive melodies, cranked up to 11 by a musician proving that he wasn’t just a good violist (see my previous Proms pick). A superb way to close a concert.

You can explore the full Proms programme on the BBC website.

You can also listen on BBC Sounds and iPlayer.