The new 4PR and 8PR cables feature eight and 16 conductors per channel respectively, which now benefit from VariStrand conductors, comprised of purposely arranged different diameter copper strands within each conductor. These variable thickness wires claim an even response by not favouring any particular frequency. 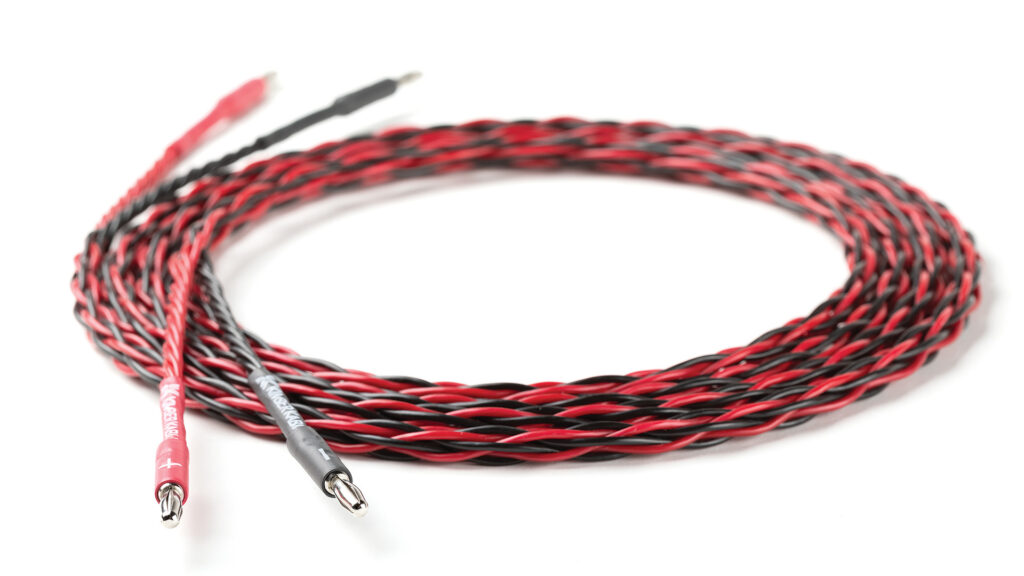 The woven design was developed by Ray Kimber back in 1979 when working in LA and noticing lighting rigs he was installing were generating RF noise, which was being picked up by speaker cables. After many hours of theorising and experimentation he managed to cancel this noise by weaving the cable.

Each of the woven conductors within 4PR and 8PR contain seven VariStrand wires, made from Kimber’s own high-purity oxygen free electrolytic copper, which claims a significant upgrade over the original models and has industry leading conductivity of 102% IACS, along with very low induction. 4PR’s positive and negative conductors are each 13AWG / 2.6mm2 and 8PR has 2 x 10AWG / 6mm2. Overall cable diameters are 9mm and 11.5mm respectively.

Find our more at russandrews.com.

Get all our Russ Andrews Accessories news and reviews

Many from the block

Songs from the wood