Fresh from Ontario, NAD Electronics has released the latest flagship integrated amplifier within its Classic Series, the C 399.  Even by NAD’s standards, this amp comes fully loaded and features the company’s HybridDigital nCore amplification, inherited from its Masters Series of amps and with 180W on offer. The C 399’s digital internals are built around a 32-bit/384kHz ESS Sabre DAC (the same chip used in NAD’s M10 and M33 Masters Series amplifiers).

And the spec list doesn’t end there, with an internal moving magnet phono stage included alongside a raft of analogue and digital inputs plus dual subwoofer outputs and a headphone socket, NAD is clearly making sure all user needs are catered for. 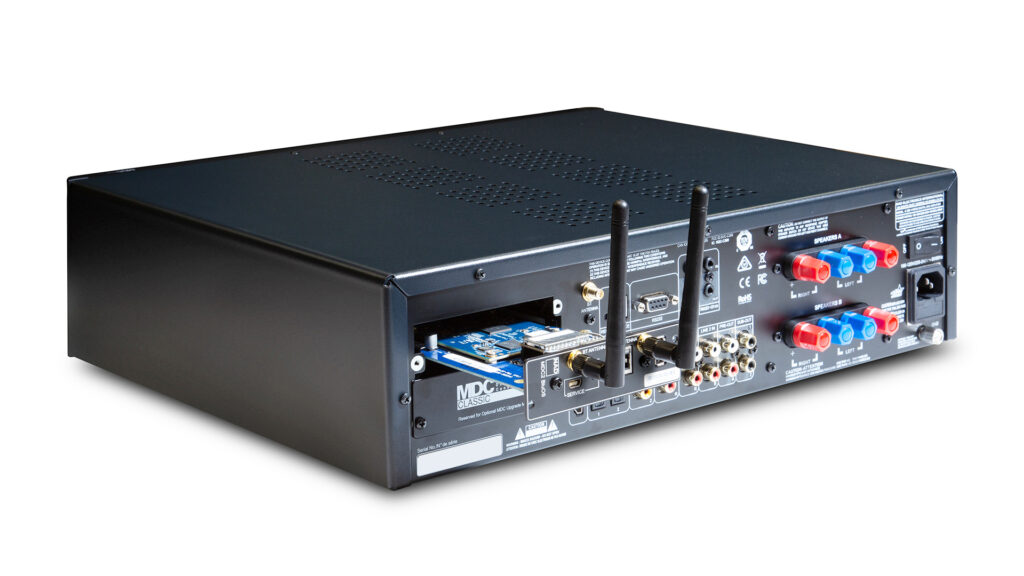 To coincide with the C 399’s launch, NAD has also released its MDC2 BluOS-D Module which offers Dirac Live room correction for users to analyse and calibrate the amp to their room’s acoustics using correction filters. As the name implies, the module also brings with it BluOS high-res music streaming, supporting playback up to 24-bit/192kHz plus MQA, Spotify Connect and Tidal Connect alongside voice control via Alexa and Google plus smart home integration.

Get all our NAD news and reviews