A tonearm cable can be considered one of the most influential wires in our hifi systems given the role that it performs. Put simply, a cartridge’s output is much lower than that of our line-level kit like streamers, CD players and the like, and if you’re running a low output moving-coil cartridge, the signal is multiple times lower still.

Therefore the cable that’s asked to carry this low level signal has quite a task, leaving nothing out and adding nothing in, to ensure what reaches and is amplified by the phono stage further up the chain is what the cartridge intended, and nothing else. 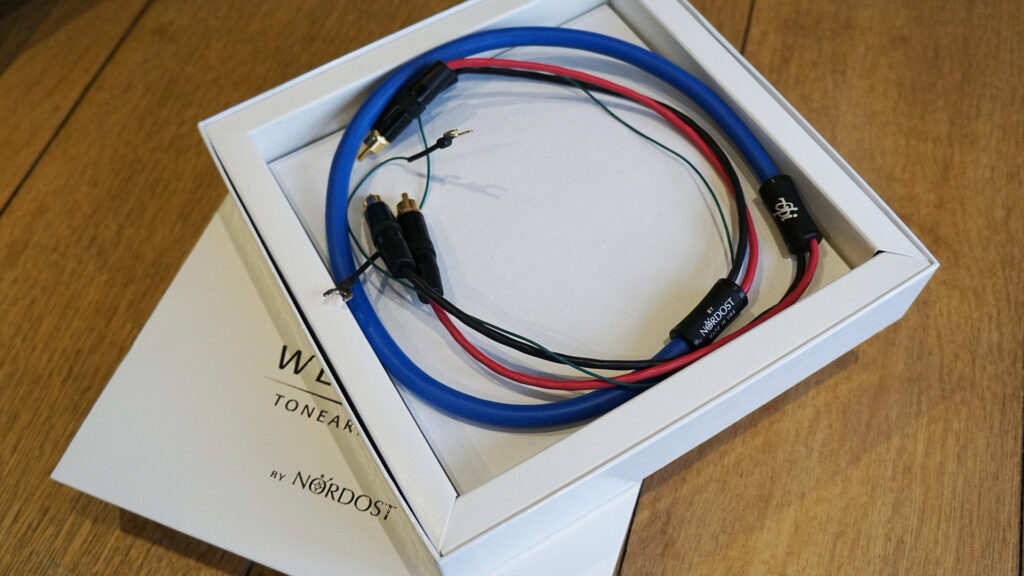 Nicely yet not overly packaged, highlighting that your hard-earned is being spent on the hardware

Viewed through this lens it makes complete sense then for any reputable turntable manufacturer to also invest its time and effort in offering a tonearm cable to complement its vinyl spinning gear. And this is exactly what VPI has done, by partnering with cable experts Nordost, a fellow US audio specialist.

We first encountered this cable last year when hearing it with VPI’s Scout 21 player, which went on to become our turntable of the year. The Weisline (with its name inspired by VPI head honcho Mat Weisfield) made such an impression on us, a longer evaluation seemed essential.

At the heart of the handmade Weisline are four 28 AWG (American Wire Gauge) solid core oxygen free conductors, which are twisted in pairs to avoid inter-channel crosstalk. Each channel is then individually shielded to help resist unwanted electromagnetic and radio frequency interference (EMI/RFI). Further protection is added via a separately shielded silver-plated ground wire that runs parallel to the signal channels. Each cable is treated to Nordost’s Fluorinated Ethylene Propylene (FEP) insulation with the outer layer terminated in a ferrite-like block, allowing a much easier connection when plugging in the high quality gold-plated Rean connectors. 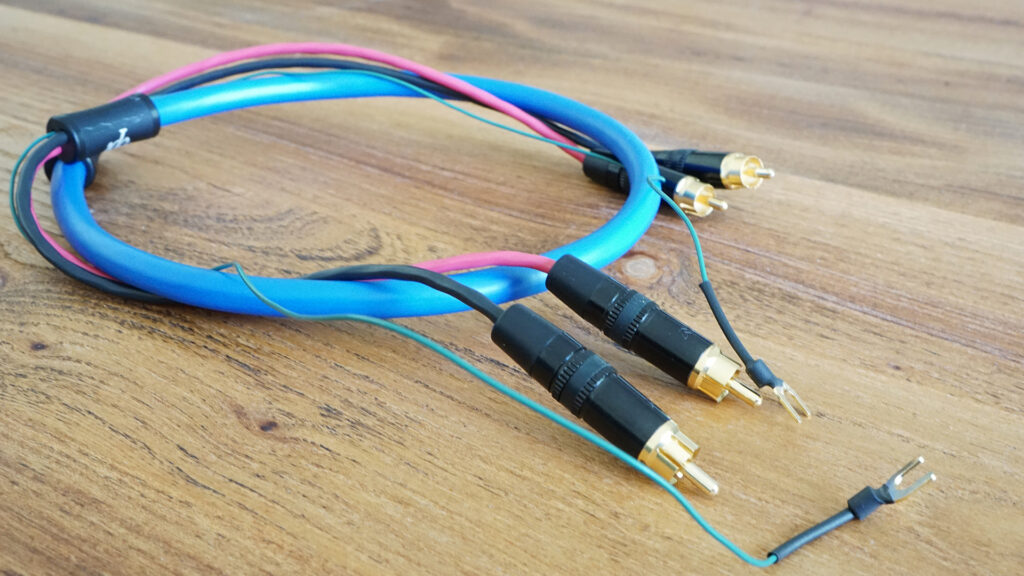 As both a reviewer and self-confessed cable flipper, this latter design trait is something I welcome, having spent a king’s ransom in the past on cables that are frankly impractical to use and swap out on a regular basis.

Having used this cable in my system for over six months and comparing it to a range of others from budget to hi-end, it’s clear the Weisline majors on transparency.

The bulk of its stay has been spent hooked up to the Scout 21 deck, feeding my Primare R32 phono stage with Musical Fidelity M6 pre/power amps and Dynaudio Focus 260 loudspeakers further up the chain. Cartridges have ranged from my go-to Benz Micro Ace SH to a Denon DL103R and Audio Technica AT-OC9XSL. Across each there’s been an added sense of honesty and realism to the music with the Weisline in play, however it’s the Benz that gets the most tonearm time in my system, which is used for the basis of this review.

Recorded in a disused grain silo, the Great Lake Swimmers’ Moving Pictures, Silent Films from their 2003 debut album has a hauntingly subtle echoey nature to it, that’s laced through each instrument’s presentation. And with the Weisline installed, the analogue nature of the track and recording are beautifully captured, highlighting the song’s unique atmospherics. 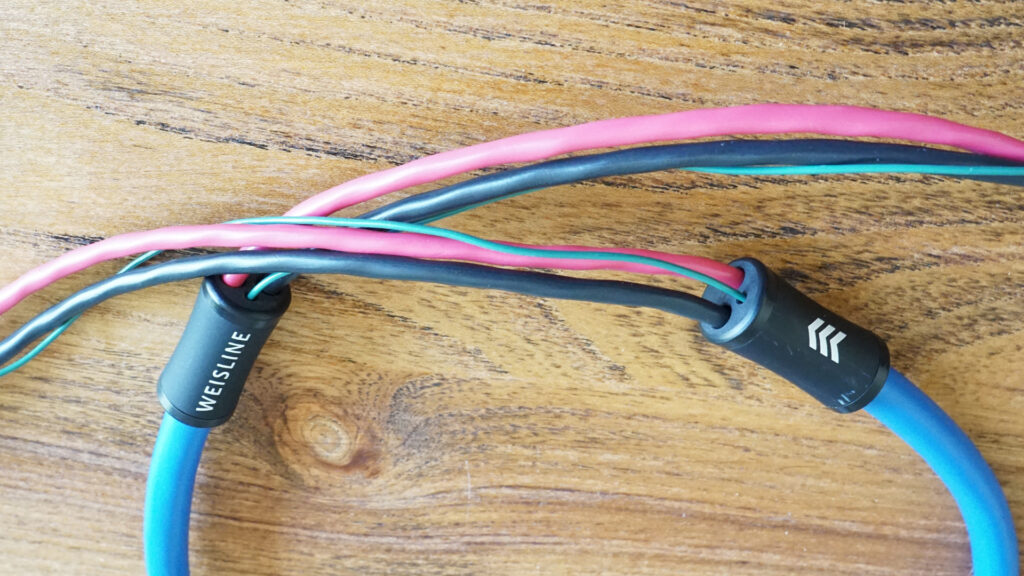 Cable is directional, denoted by the arrows on the grey cable reducer block

Vocals are just as well rendered, underlined with Stevie Nicks’ and Tom Petty’s partnership on Stop Draggin’ My Heart Around from Nicks’s 1981 Bella Donna album. With my usual mid-market cable, the difference between their vocals is clearly there, but it’s the extra degrees of contrast that makes the difference with the Weisline. Petty’s voice has a little more edge while Nick’s softer delivery that’s overlaid with her backing singers sounds just divine, with their harmonies being that bit more defined thanks to the Weisline. And this isn’t because the cable is adding its own signature to the mix, it’s more of a case of the the cartridge and turntable not being held back.

Digging deep into the dense instrumental section of REM’s Drive from their 1992 LP Automatic For The People, the Weisline allows the VPI and Benz combination to ensure any muddying of the instrumentation is kept well at bay with superb separation that lets the musical presentation shine.

In many ways what this cable adds is nothing, and that’s why it’s stayed in my system for so long as a perfect pairing for my vinyl front end. It gets out of the way by majoring on transparency to allow the music to do the talking, so you can hear your turntable at its best. It’s clear why VPI has partnered with Nordost on this product and it won’t just be VPI owners reaping the Weisline’s rewards.

Consider… Your turntable, cartridge and phonostage will need to be of sufficient quality to warrant the outlay

Get all our Nordost & VPI Industries news and reviews