Getting to know a loudspeaker range’s DNA means properly understanding the thinking and design that has driven their creation, which often requires more than a flick through a brochure or press release.

That’s why this week we sat down with Andy Kerr, Bowers & Wilkins’ Director of Product Marketing & Communications, to talk us through what has led to the brand’s latest evolution of its 700 Series. Positioned midway between the more affordable 600 models and flagship 800 range, the 700 speakers borrow heavily from the latter, while managing to keep prices competitive. 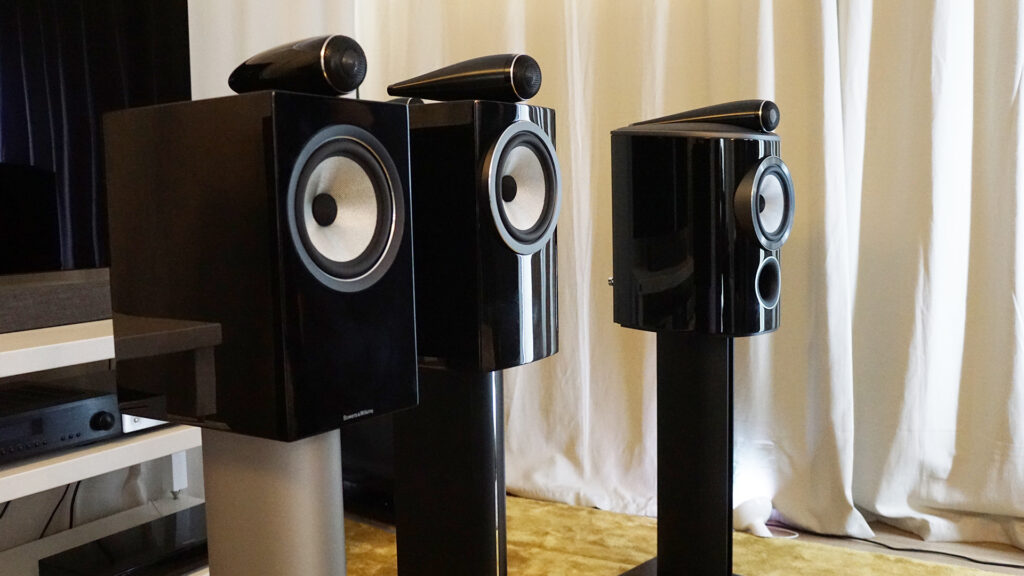 As you can see from the above photo, in comparison to the outgoing S2 variant, the 705 S3 now sports a curved front baffle along with a more pronounced driver surround, to further reduce cabinet noise colouration and improve stiffness, bringing it more inline with the 805 D4’s proportions.

Ahead of the curve

The 700 Series’s air moving hardware has also been finessed, with the models that sport ‘Tweeter-on-Top’ external solid body aluminium billets (the 702 S3, 703 S3 and 705 S3) now having these mounted via a compliant vibration absorbing compound. The 30mm tweeter dome is carbon coated and includes a 300micron thick carbon stiffening ring, to brace it and minimise distortion. 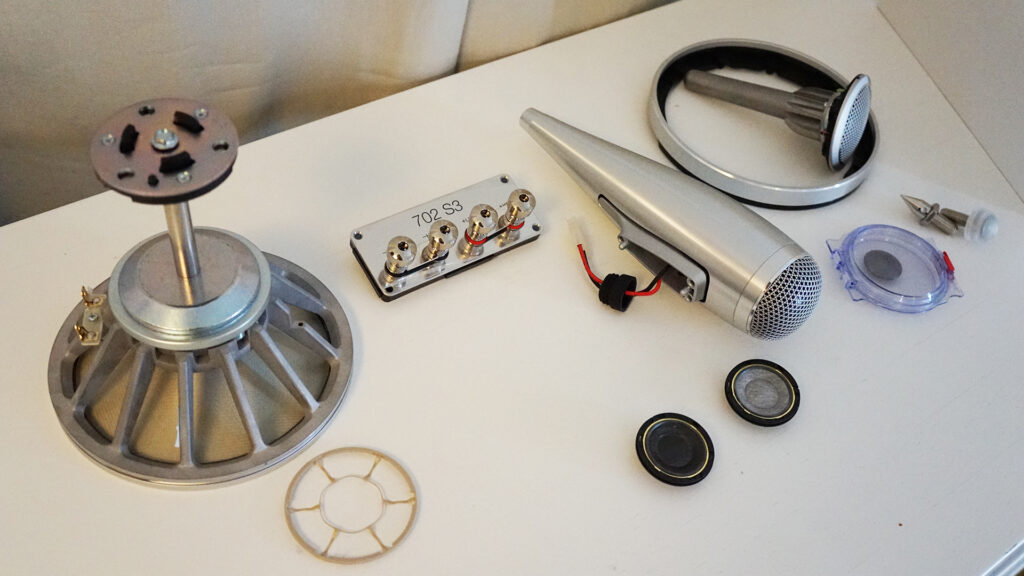 The 700 Series’s midrange drivers have also been updated with a skeletal type plastic polymer spider that’s lifted from 800 line, which uses two rings connected by six legs in place of the typical concertina yellow fabric style designs that can act as unwanted mini-drivers, which load the main driver. The rear terminals have also gone up a gear, again derived from the 800 models. 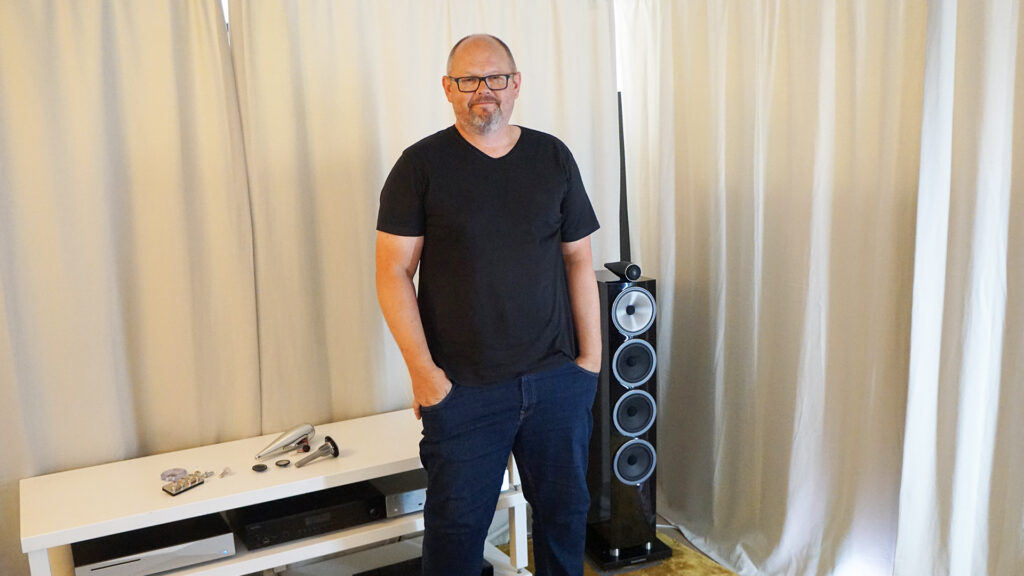 Andy Kerr with his latest Bowers & Wilkins creations. If your speakers looked and sounded this good you’d be just as proud

After putting the 705 S3 through is paces courtesy of tracks by John Martyn and Laura Marling served up from an Innuos server and Rotel Michi X5 amp, we next got to experience the flagship 702 S3 in all its glory.

Crafted as a three-way floorstander with a trio of bass drivers working in parallel, alongside a dedicated midrange unit and tweeter, the levels of detail and imaging within the soundstage was astonishing. Also surprising was the evenness of the speaker’s lower frequencies, with these speakers seeming less fussy than most boxes of this size when positioned close to rear walls, perhaps due to its downward firing port and dedicated base plate and fixed 30mm air gap. 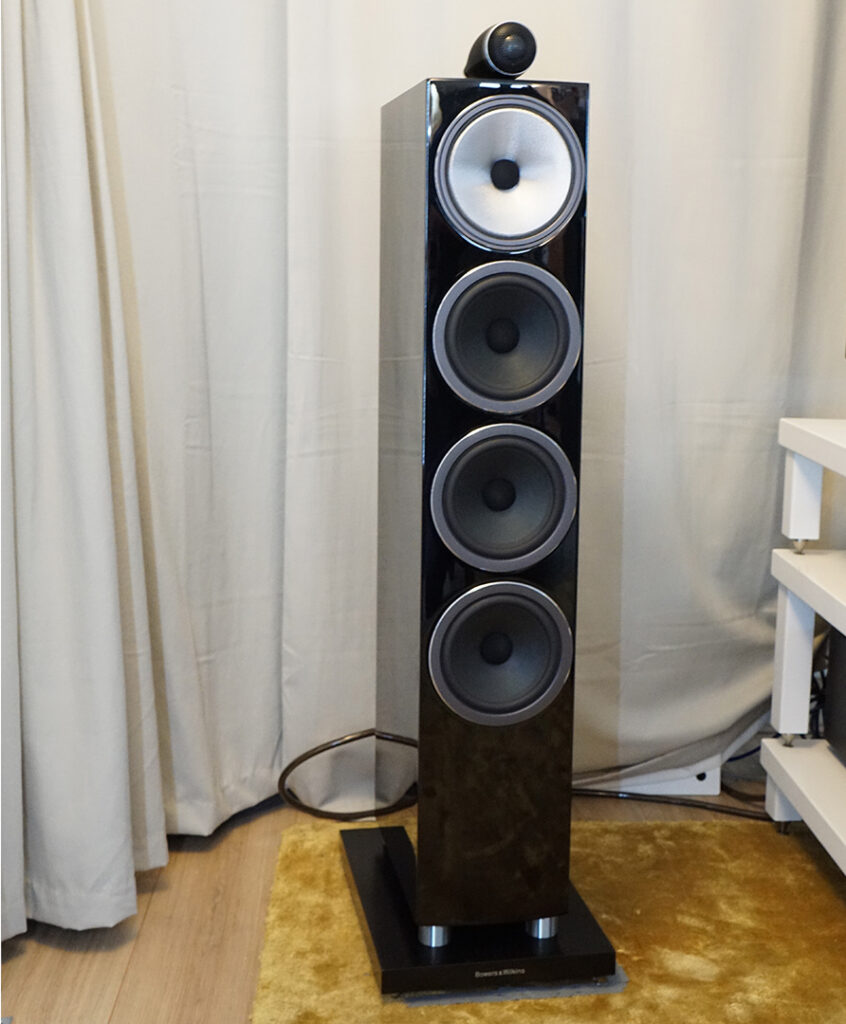 Available in gloss black, satin and mocha wood, the 700 Series spans six stereo speaker models which can be matched to two centre channel speakers and a dedicated subwoofer.

As part of the showcase, we were also treated to a preview of B&W’s soon to be launched flagship PX8 over ear headphones, which build on the superb sounding Px7 S2 that we tested last month, with uprated drivers and materials. 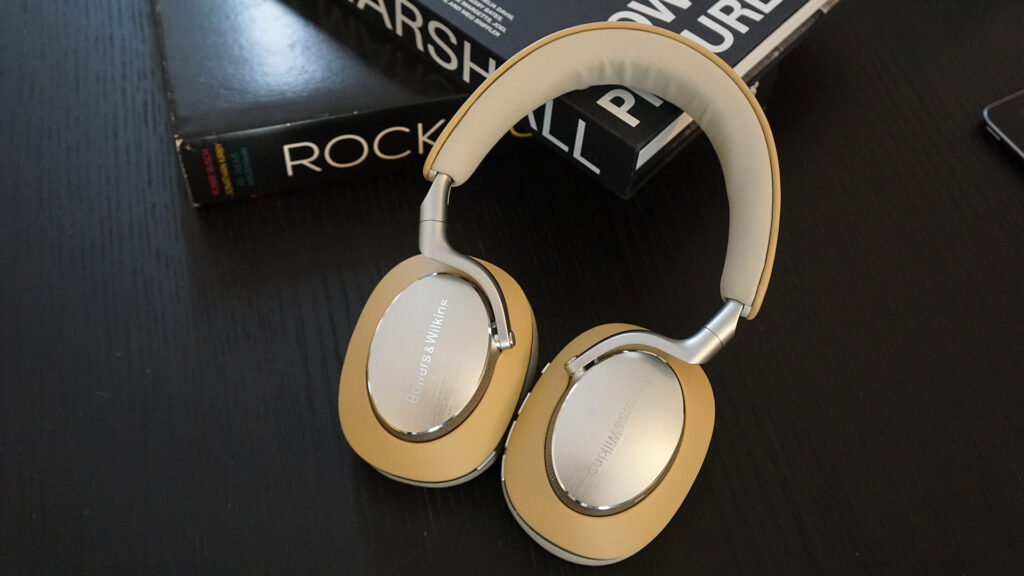 Although marginally bigger than the Px7 S2, their inherited DNA is obvious with upgrades to take their performance to the next level.

With improvements to its Music app also in the works, its clear B&W has its sights firmly set on making sure there’s something for every audio fan, whether on the move or on the sofa.

Special thanks to the team at Bowers & Wilkins and CMC PR for hosting us.