Nestled in Didcot, Oxfordshire, Henley Audio has established itself as the UK’s leading distributor of affordable quality hifi, representing a range of brands from across Europe, the US and beyond.

From valve amps to turntables and digital add-ons, it’s likely to stock and supply everything you need to take your starter system to the next level, without having to sell a limb or remortgage. And with so many exciting new products on the horizon from a who’s who of hifi, we couldn’t resist stopping by to see what’s to come… 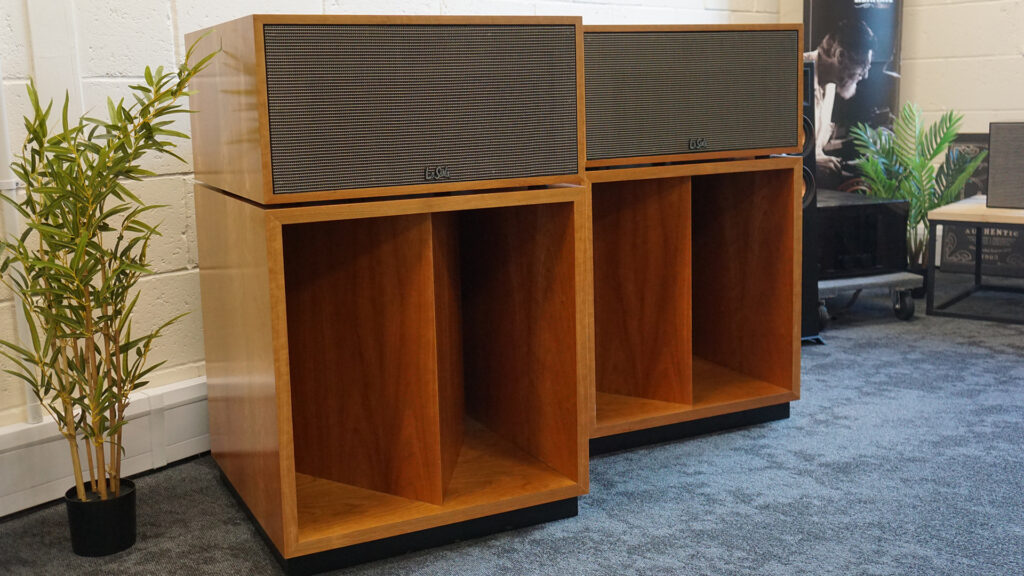 La Scala in the parlour 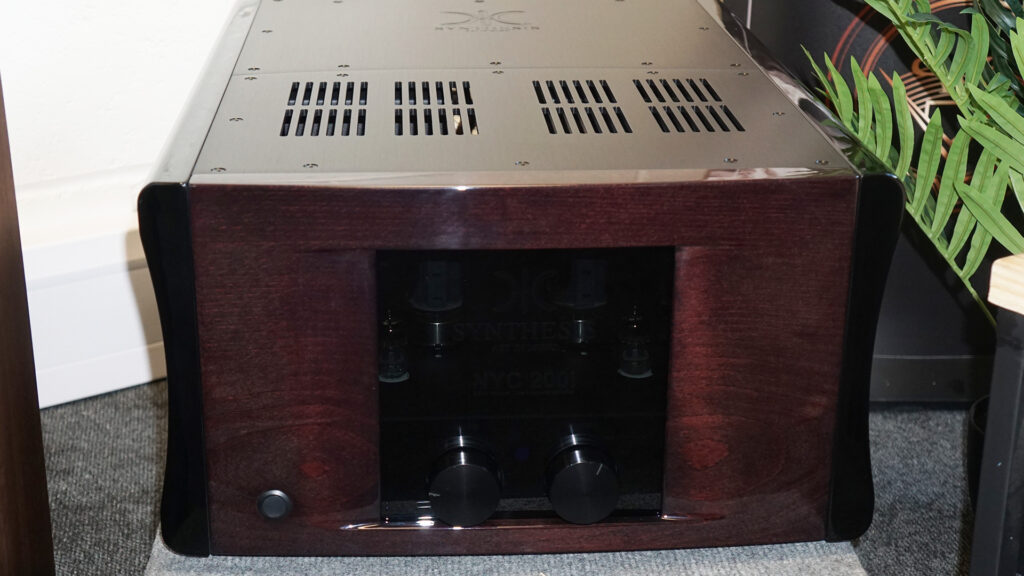 Tucked away to the side of the La Scalas is this unassuming beast, the Synthesis Metropolis NYC200i. A hi-end dual-mono integrated amplifier offering 230W per channel from eight KT120 tubes in ultra-linear push-pull mode and costing a cool £22,499, this is the only NYC200i currently on UK soil. 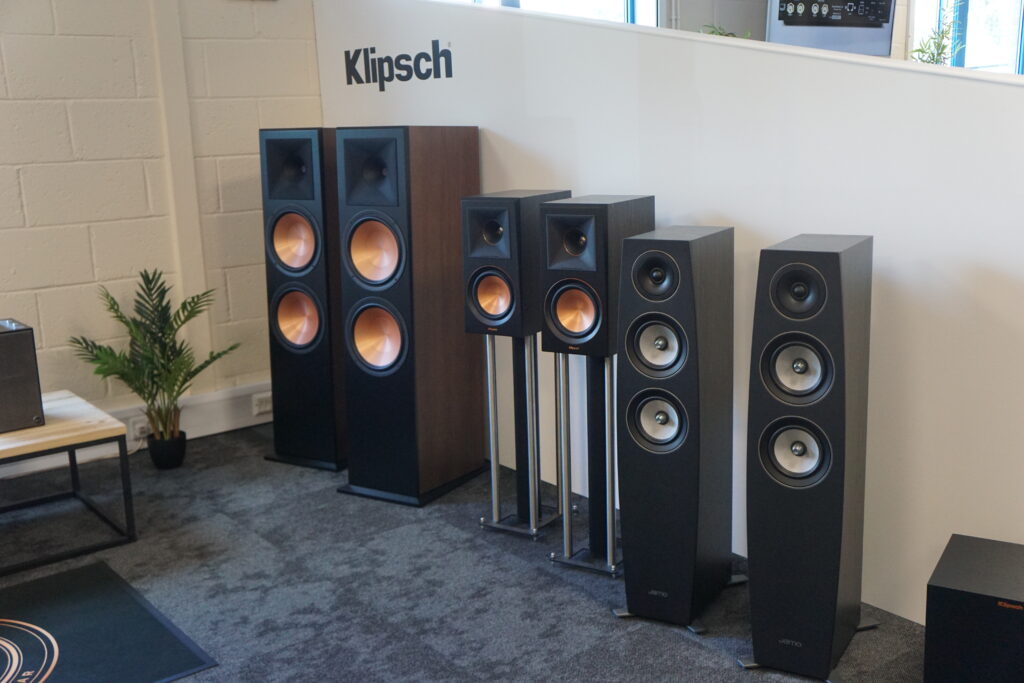 Klipsch big and small go toe to toe with Jamo

Klipsch speakers are well represented at Henley, and our cameras really don’t do their spun copper ‘ceramatallic’ woofers’ gorgeous sunset-like finish justice. The far left speaker is the RF-7 III, priced at £4,149 and featuring a horn loaded tweeter above a pair of 10″ (254mm) woofers. The standmount is its smaller RP-600M stablemate priced at £679, alongside Jamo’s C 95 II housed in a sleek and sculptured cabinet that belies its £819 price tag.

Room with a view

We wasted no time in kicking back and putting Henley’s demo room through its paces, both in surround sound home cinema mode (via John Mayer in HD) and more traditional two channel listening. 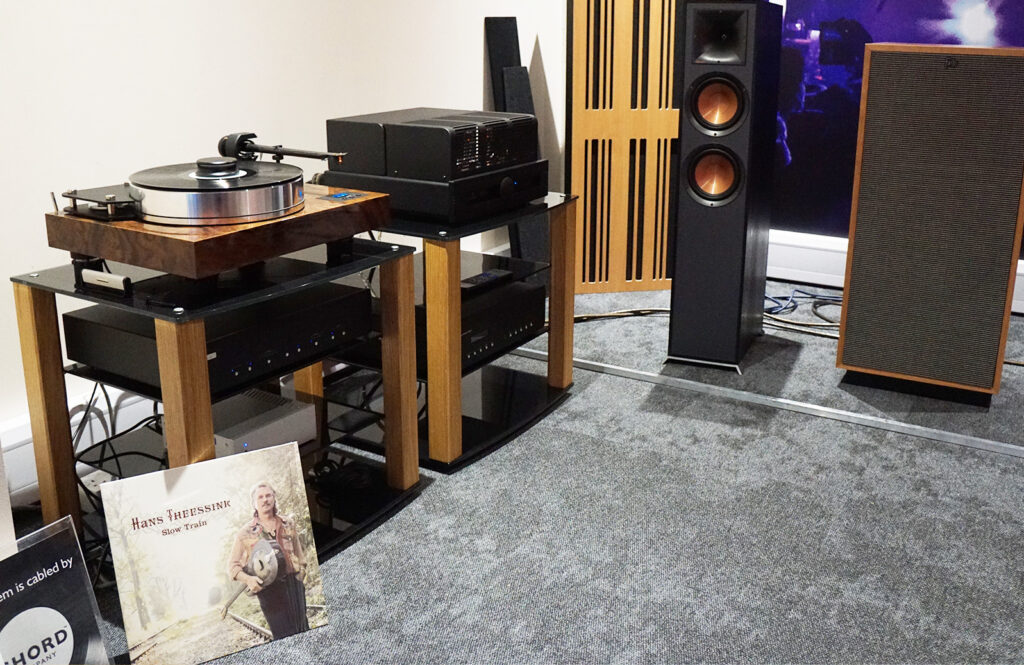 An irresistible dream system from Pro-Ject, Musical Fidelity and Synthesis

Musical Fidelity fans will be delighted to see the brand’s new M6x Vinyl phono stage (£1,699) and M6s CD player (£2,350) taking up shelf space too, with Henley Audio now the UK distributors for MF since Audio Tuning (also the owner of Pro-Ject) acquired the company. And with new products on the horizon that are sure to delight the brand’s fan base, Musical Fidelity looks set for a successful future. 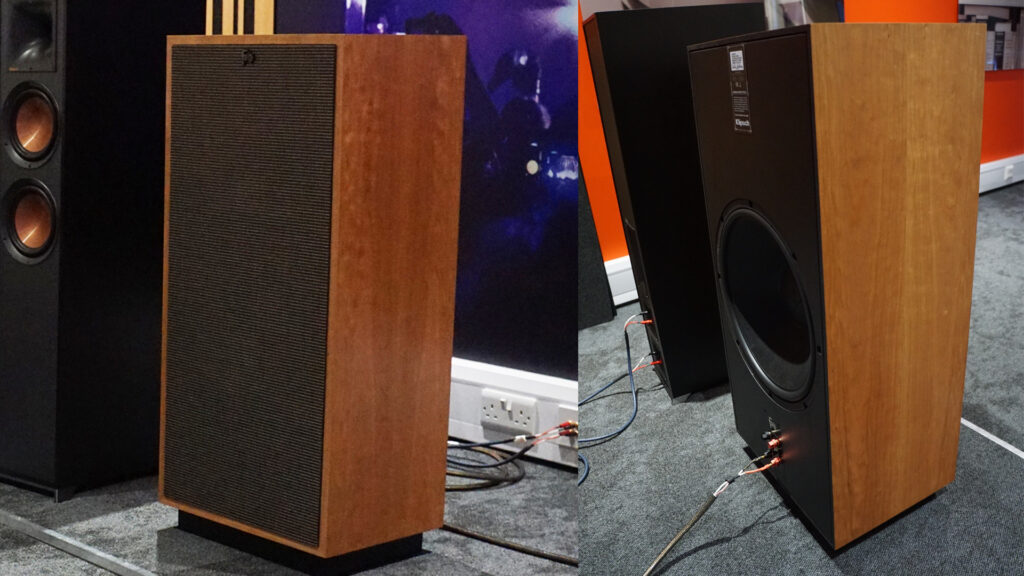 Klipsch’s Heritage Forte IV features a front firing 12″ (305mm) woofer at the front (behind the retro cover) and a 15” (381mm) rear-firing passive radiator at the rear (above right). 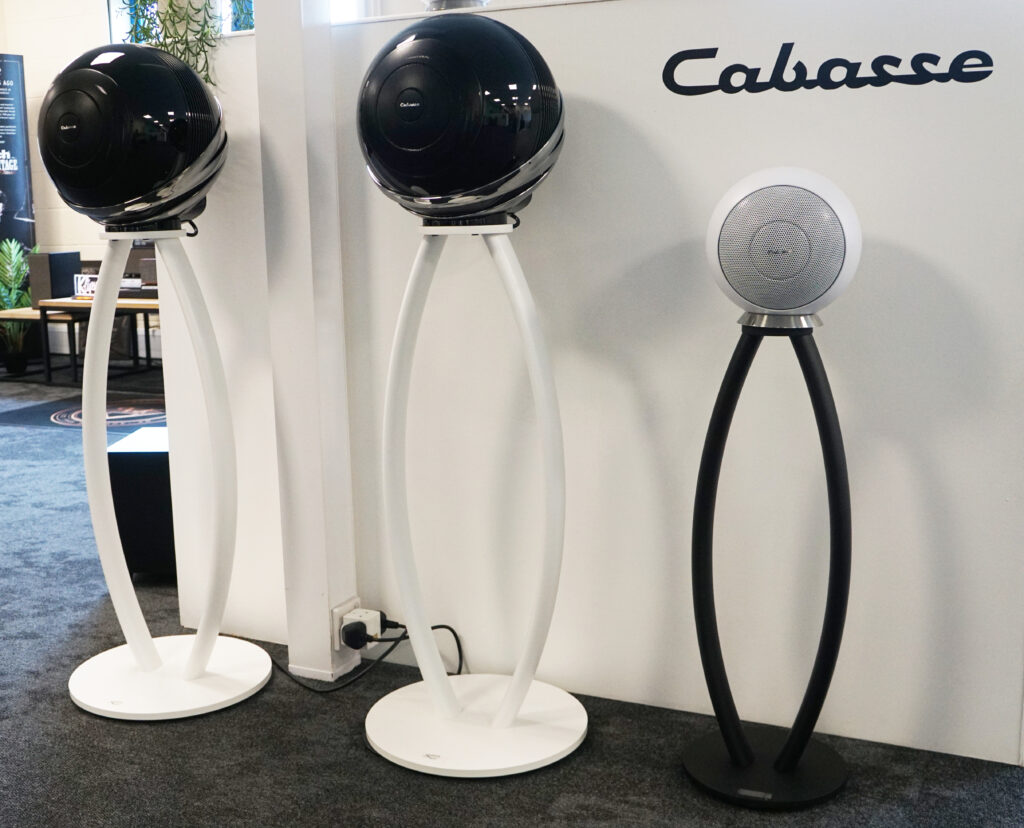 Looking like they strode off the War Of The Worlds’ set, Cabasse isn’t afraid to push the loudspeaker boundaries

From the Midwest to France thanks to Cabasse’s cutting edge speakers. The Pearl model is fully active with HD streaming built in and can be configured as a single mono speaker or stereo pairing, as seen here in black flanking its little sister, the Riga 2. 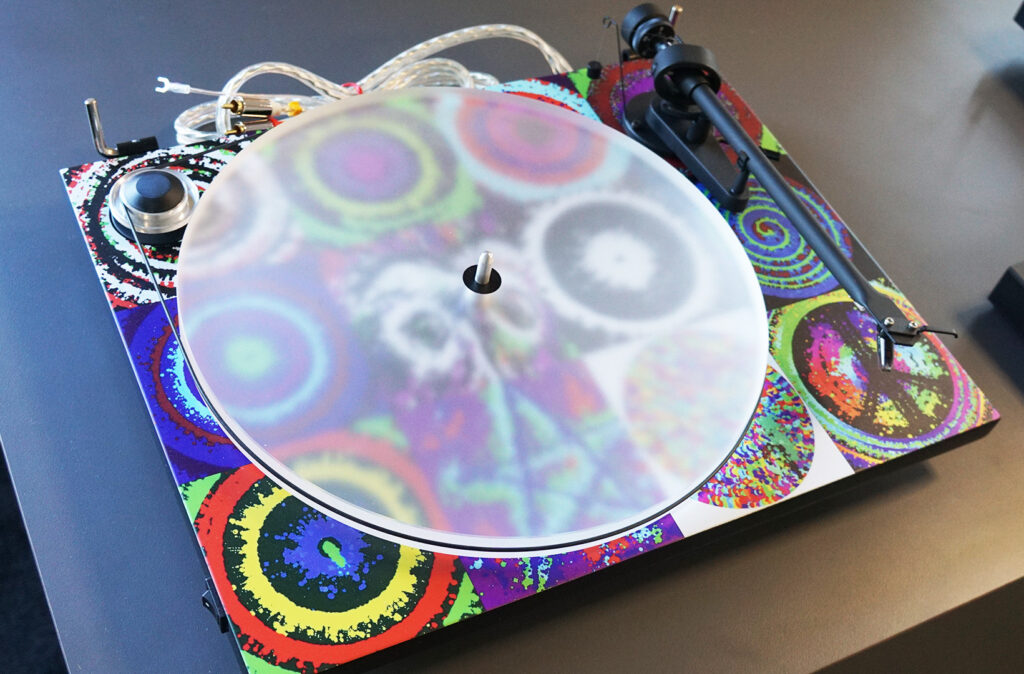 With so many Pro-Ject turntables on show to suit every budget, it was the Ringo Starr Peace and Love inspired Essential III that caught our camera’s eye and wouldn’t have looked out of place in an Octopus’s Garden (in the shade). 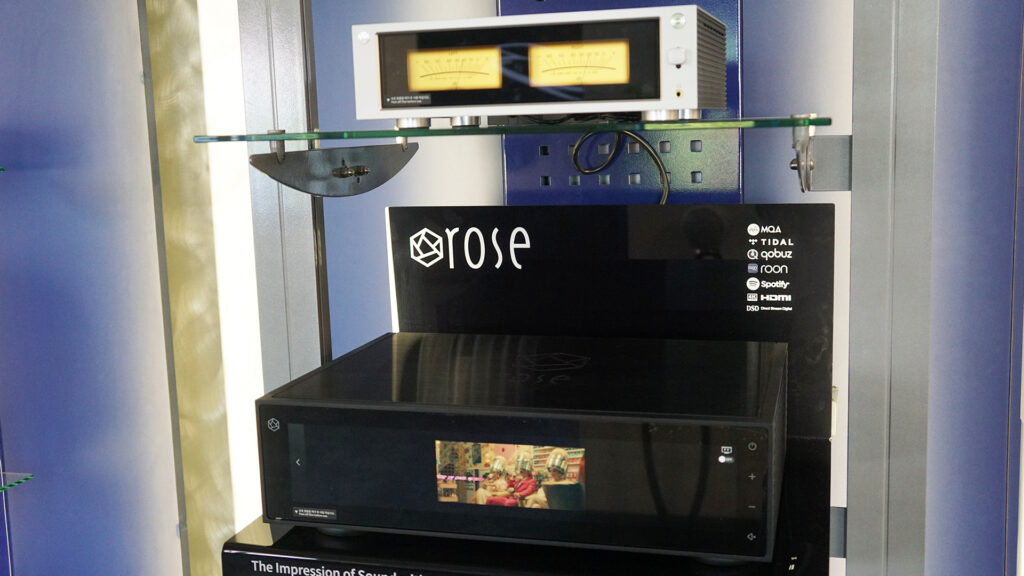 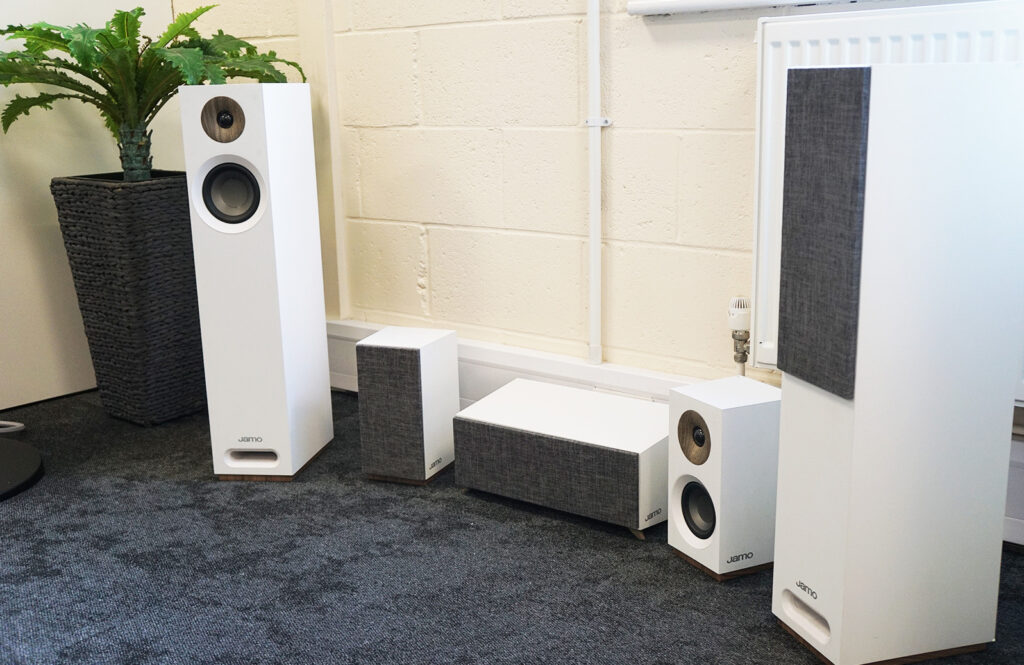 Henley is keen to ensure every music lover’s budget is catered for and this neat little Jamo S 805 HCS five channel system costs only £679, with looks suggesting twice the price.

A huge thanks to Operations Director Simon Powell and the Henley Team for hosting us and sharing a taster of so much exciting hifi to come. You can visit Henley Audio’s website to find out more about its latest news, brands and products. 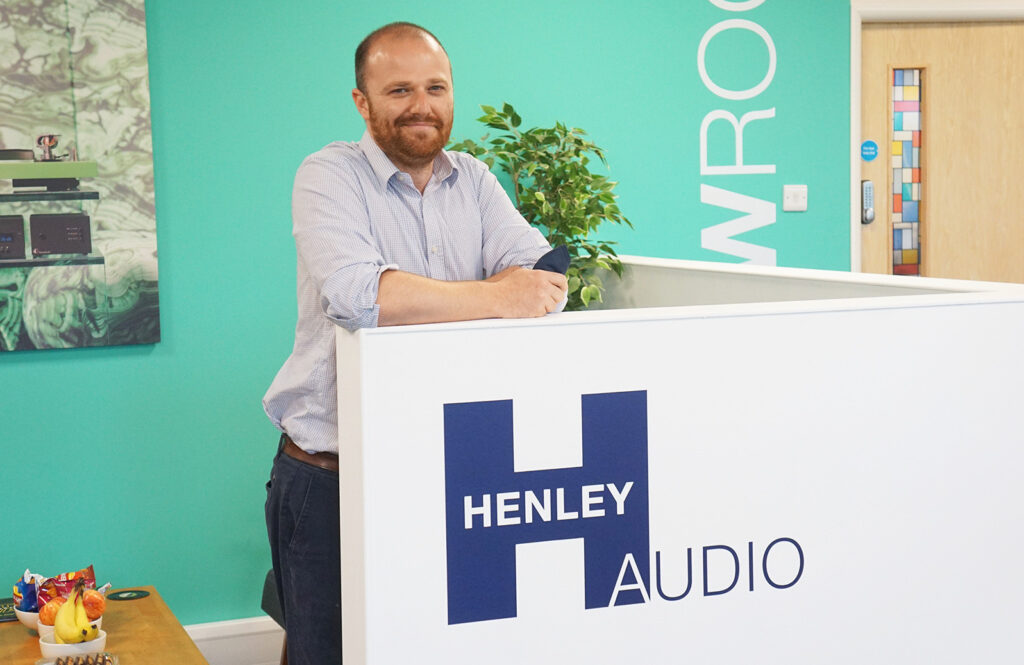 Surrounded by so much quality hifi, we’d be smiling too