British speaker specialist Q Acoustics has unveiled its first active loudspeaker range. The two model line-up caters for both bookshelf and floorstander fans with the Q 200 Active standmount (below) and its bigger sibling, the Q Active 400 (above). 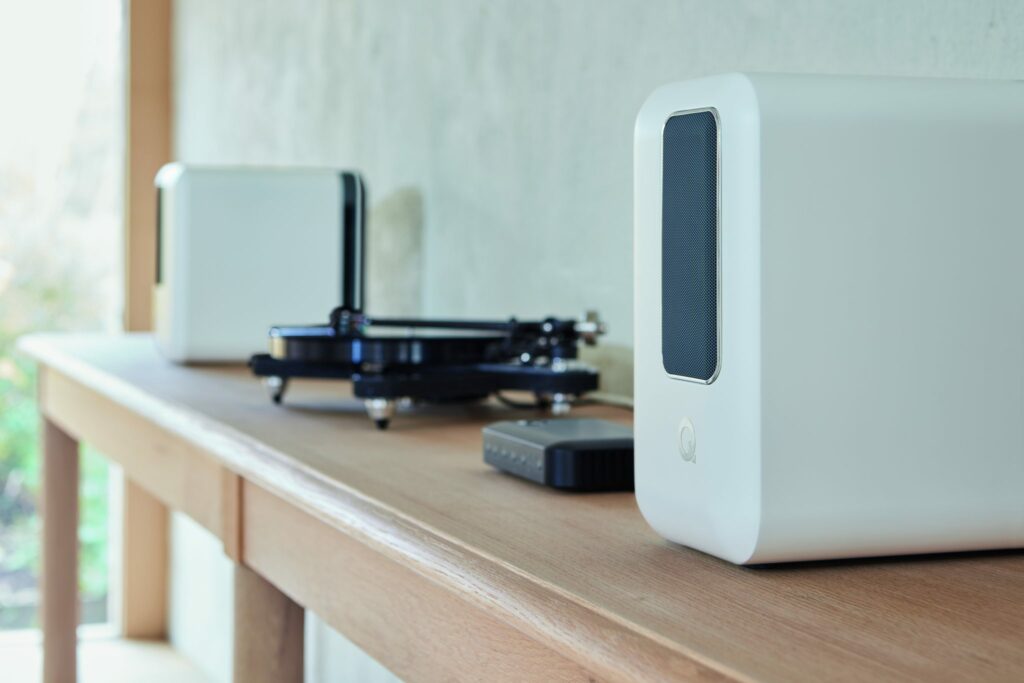 The range can handle music from both wired and wireless sources via a control hub that comes as part of the package and works with Google’s Chromecast and Amazon’s Alexa. Bluetooth®, Apple AirPlay 2, Roon and Spotify Connect are all covered alongside app integration with streaming services from Amazon Music, Apple Music, Deezer, Qobuz, Spotify and Tidal.

Locally stored media on users’ NAS drives and the like is provided for alongside a raft of digital and analogue inputs. The Active series also promises an in-built moving-magnet phono stage, meaning turntable fans aren’t left wanting.

At the heart of each speaker beats Class D amplification powering twin 2.25in Balanced Mode Radiator (BMR) drive units. While the 200 model packs six discrete amps with a total power output of 280W, the 400s trump this with eight amps delivering 440W. The 400 also features a pair of 4.5in rear-firing subwoofers for added low end grunt.

To complement the Active experience Q Acoustics has also unveiled a dedicated Q Active app for Andriod and iOS devices.

Visit www.qacoustics.co.uk to find out more and read the official brochure.

Get all our Q Acoustics news and reviews