Copenhagen’s Copland has launched its new CSA70 integrated amplifier with a wealth of inputs and a claimed 70W per channel output.

And unlike its bigger CSA100 and CSA150 siblings, the CSA70 forgoes tubes in its line stage, making this a solid state thoroughbred. 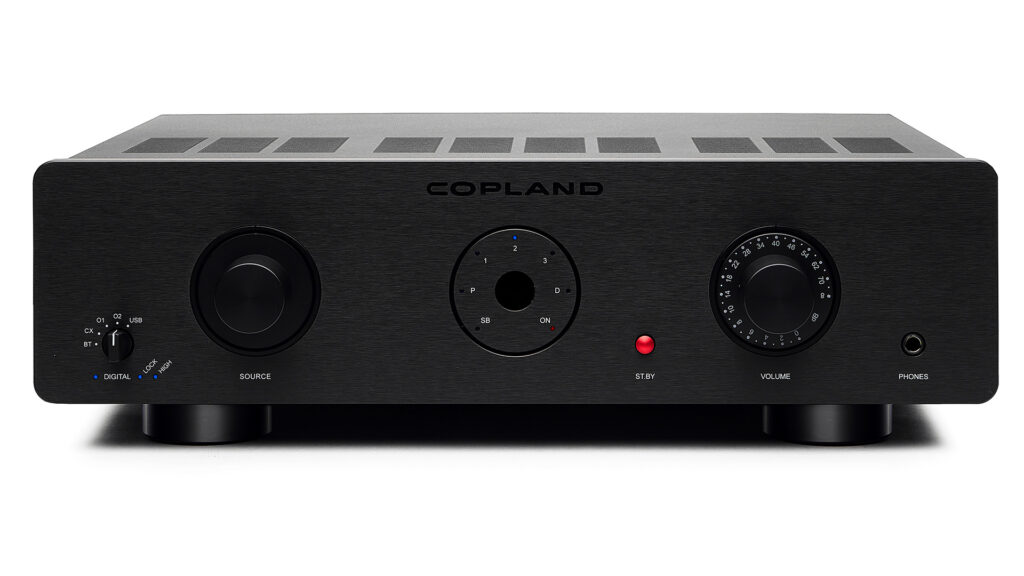 Inputs include four analogue, with one dedicated to an internal moving-magnet phono stage for turntables. On the digital side there’s a sensible mix of one coaxial and two optical S/PDIF inputs plus a USB accepting up to 24-bit/192kHz signals. Completing the line-up is a 6.35mm front panel headphone jack.

Alongside digital and analogue inputs, the CSA70 also boasts fixed and variable outputs to feed a separate power amp and bigger system

The CSA70 has the same power amp technology as the CSA100 and CSA150 but with a feedback structure that claims to be inherently faster than conventional amps. With minimalist front panel controls are typically Copland the CSA70 sports a precision motorised volume control with no additional electronics in the signal path.

Get all our Copland news and reviews

Out of this world