The pre-millennium hifi era was arguably a more crowded space than it is today and Alchemist Products was one of a few small British hifi brands that stood out from ‘90’s crowd. Onix (in its original guise) and Audio Innovations also spring to mind as obvious counterparts that punched above their weight in the style and sound stakes.

Despite a relatively short lifespan from when its first range hit the hifi press in 1991 to the company’s demise at the end of the decade, Alchemist’s products still garner plenty of respect today among the hifi cognoscenti for their build quality and sweet analogue sounds, when they occasionally trade hands on hifi forums and the like. What’s also helped the brand still be remembered is its name where, in an industry that was littered with obscure words, letters and digits, ‘Alchemist’ is instantly memorable, conjuring connotations of magic, myth and legend.

Of its original offerings, its most well known creation was the bat-like Kraken amp that put the company on the map thanks to its gothic styling (especially in hammered green finish), external PSU and laid back sounds, emanating from its hot to touch Class A carcass. 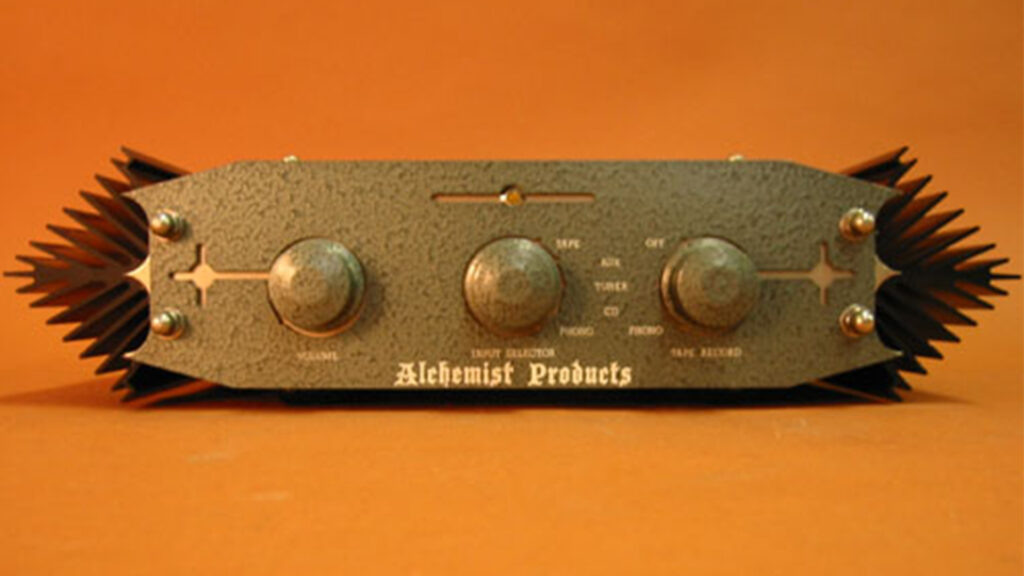 Plough your own furrow

The company was founded back in 1989 by a breakaway group of ex Musical Fidelity employees and after the launch of its debut range of Freya, Genesis and Odin amps it really hit its stride, with the flagship Forseti models plus Nemesis and Axiom joining the Kraken. Digital products soon followed with CD players and DACs, reflecting the era’s increasing demand for digital separates.

Styling was clearly one of Alchemist’s calling cards with well engineered solid metal faceplates in brushed silver with solid brass switchgear, distinctive cooling fins and grab handles as part of its design cues. It’s easy to draw visual comparisons with Primare’s 200 Series of the time, as both brands bucked the trend with products that made so much more of their visual appeal than the typical black boxes of the times, highlighting why their products still draw attention today. 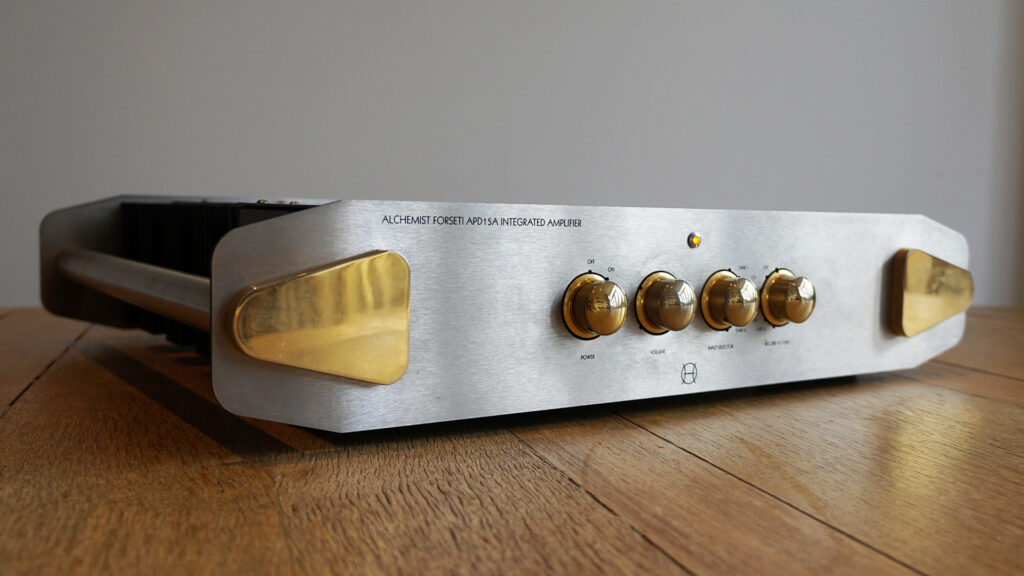 Our Editor’s own Alchemist Forseti MKI, which is in still regular use today

While Andy Light took care of the external aesthetics and Chris found the digital products, Alchemist’s analogue internals are often associated with the designs of the much loved and missed audio engineer Tim de Paravicini who ‘guested’ on many of the brand’ss limited edition models, alongside establishing his EAR Yoshino company. But credit for the circuit designs and sound quality of the original Alchemist ranges actually goes to Glen Gayle, one of the company’s founders whose designs served as the foundations for the evolutions Tim applied to the Forseti range in MKII guise. Having also served time at Musical Fidelity, the hallmarks of Tim’s tweaks including choke regulated PSUs in the Forseti Signature power amp (that live on today in Musical Fidelity’s M6s PRX power amplifier). His ultimate statement for Alchemist was ‘The Mono’ power amp, which appeared towards the end of the company’s life. Built in single numbers, their designs bare many similarities to Tim’s ultimate statement M100A monoblocks, which still change hands for five figure sums today (if you can find them).

Fast forward to today and Alchemist’s used products can still stand shoulder to shoulder with many of today’s mid market crop, boasting dual mono circuitry on the Forseti and Kraken models (if you look for the dual toroidal upgraded PSU for the later) and drive-shaft driven switchgear for shorter circuit runs, an approach that’s reminiscent of much higher priced brands (Lavardin springs to mind).

In an industry where many brands all too easily fade from our hifi memories, Alchemist should still be remembered for not being afraid to plough its own audio furrow and twenty plus years on, its products look and sound just as striking as they did back when Britpop and baggy jeans were the norm. But unlike those fashion trends of the times, Alchemist can still be considered just as cool and authentic today. 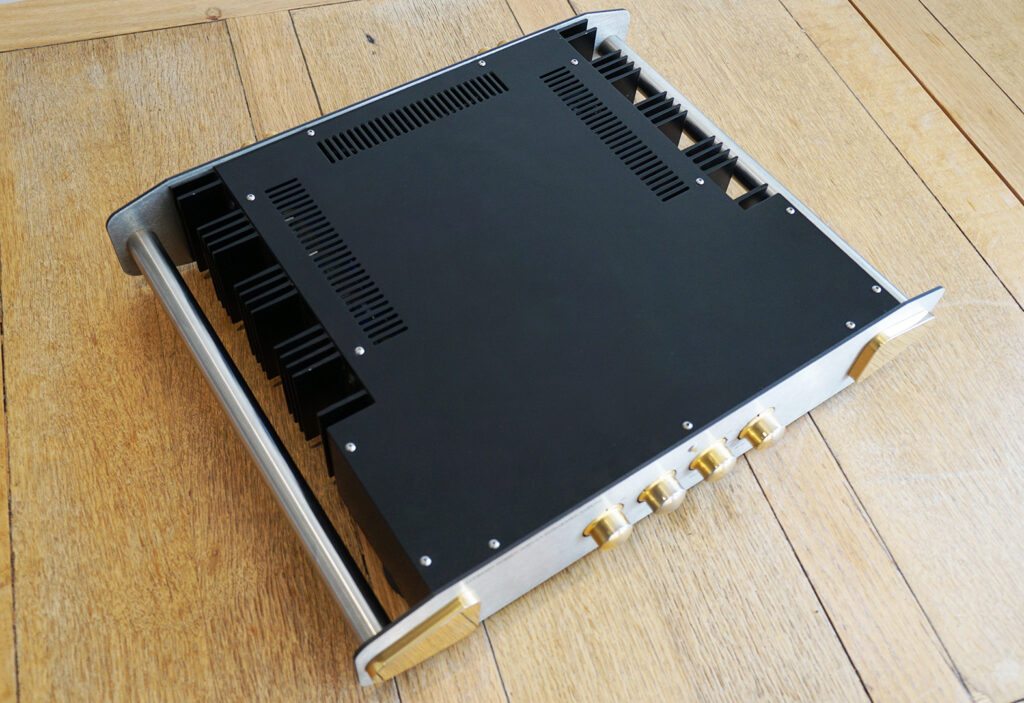 The MKI Forseti viewed from above, showing its heatsinking and stylised grab rails, which are ideal to manoeuvre it around, and for drying towels on

Special thanks to alchemisthifi.info, and its treasure trove of resources for Alchemist Product owners.

If you have any information about Alchemist Products and would like to contribute to this article, you can email us at contact@audiograde.uk.

Get all our Alchemist news and reviews